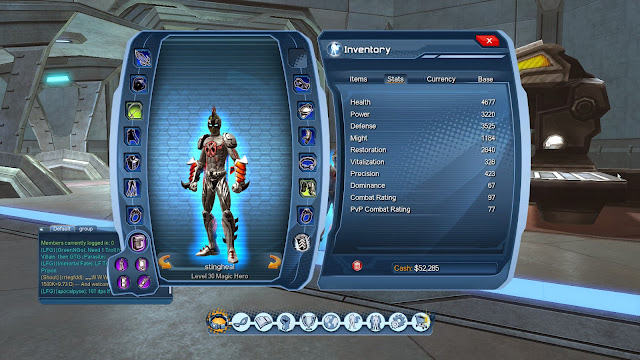 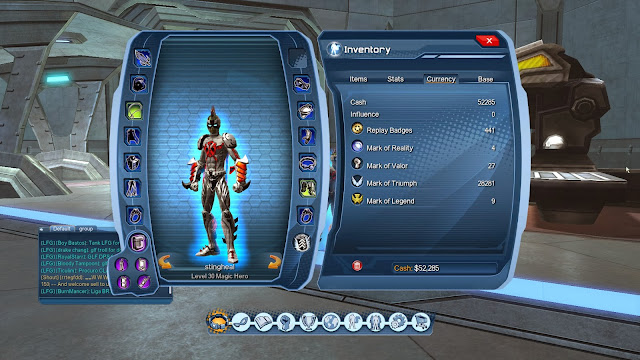 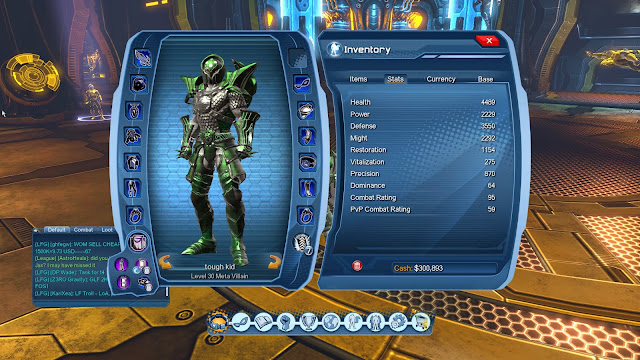 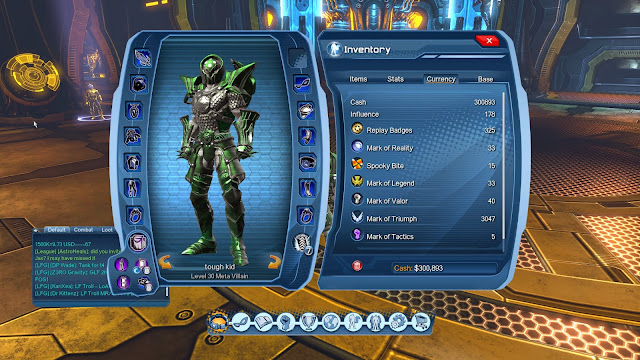 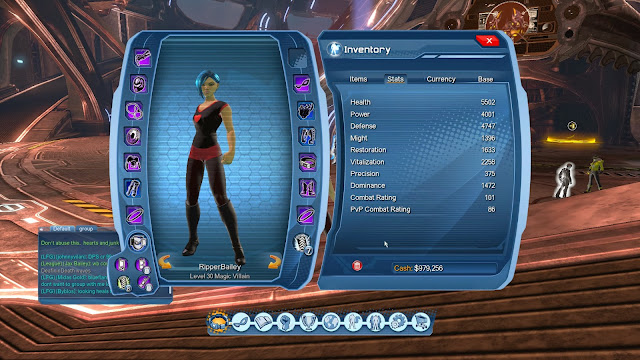 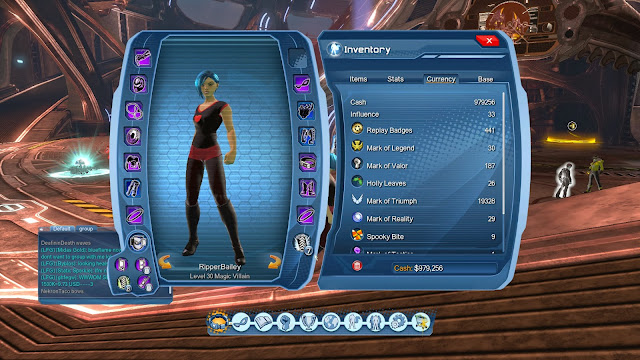 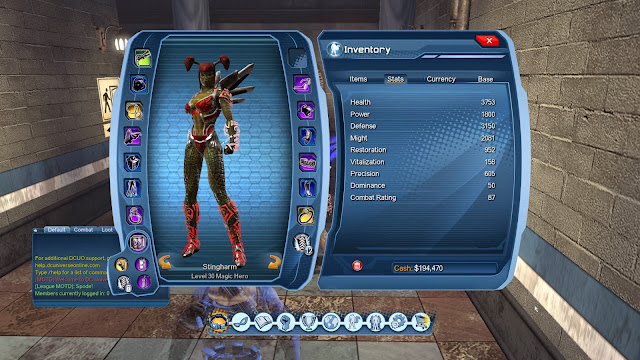 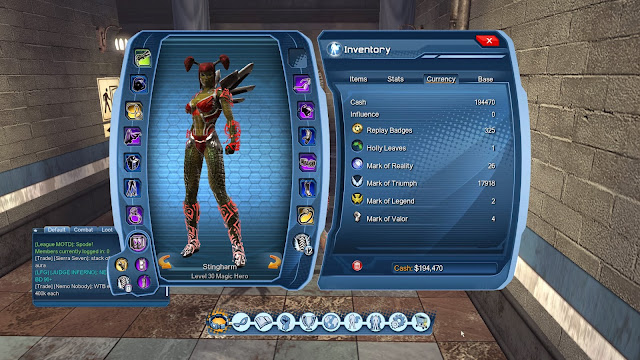 Happy Dueling!
Posted by Stingite at 6:50 AM No comments:

Part of my "new thing" is kindly asking my wife (and family) to watch and comment while I play a video game that's loaded up on our computer . . . and it could even be one that I haven't touched in a long long time. It's like dusting off an old Record in your collection and rediscovering the awesomeness. A few weeks ago the video was Legend of Grimrock. I decided last week that it was going to be Minecraft! I finally got it all put together and uploaded to YouTube the other day, and here's the end result:

It's kind of my own spin on a let's play. Hope someone enjoys these someday. :)

Happy Dueling
Posted by Stingite at 4:10 AM No comments:

I'm a Powerup Gamestop member and because of this I get their Game Informer magazine, which I really do like going through. It's a pretty good publication to help keep me up to date on what's going on in the Video Game world (and especially in the console scene). Surprisingly enough, I would probably never buy or even try most of the games they have in the mag, but I will say that it has turned me on to a few really cool games that I probably wouldn't have gravitated to otherwise (unless I was bored and actively browsing the Xbox Live, PS Store, or WiiU Shop and just stumbled upon the games).

Journey is a good example of a game I've purchased that I first read about in Game Informer.

Most of the time though, Game Informer just ends up in the trash and I move on with my life. So in order to help keep these games in my mind and simultaneously toss away the extra clutter . . . behold my short list of interesting games that caught my eye from this month's Game Informer. 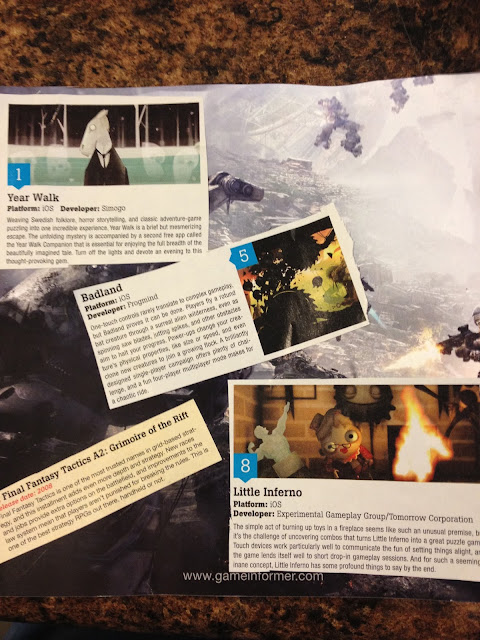 Surprise! 3 out of 4 of those are iPhone/iPad apps. Weird, right? I'm not even a big app purchaser. I'll have to see how much they're going for.

If you read the mag and you think I've missed something great, please let me know! Something looks missing in the top right hand corner . . . I'd love to put another game there. :)

Happy dueling!
Posted by Stingite at 3:37 AM No comments:

Rediscovering the Legend of Grimrock!

I had fun recording my last two videos for DCUO for Spode, so I wanted to record another video with the Uber Wife watching and commenting (in fact the whole family joins in).

I wasn't sure what to record, but THERE . . . on my desktop is a game I haven't played for a long time *click* . . . here's what happens when we rediscover THE LEGEND OF GRIMROCK!

Happy Dueling
Posted by Stingite at 3:23 AM No comments:

And now for your enjoyment . . . Part 2 of the DCUO challenge instances again recorded for Lord Spode of Team Spode. This time I brought along Uber Wife to add some commentary. If you stay to the very end, I even added some 4th of July fun for you ala DCUO style.

Happy Dueling!
Posted by Stingite at 3:36 AM No comments:

I made a YouTube Video for my friend, Lord Spode of Team Spode, since he wanted me to show him the way I do the DCUO Tier 5 instances . . . but I tell you that in the video. :) WATCH! ENJOY THE HAWTNESS!

Happy Dueling
Posted by Stingite at 4:44 AM No comments:

Pulled this awesome cosmetic prize out of the vault today. :) 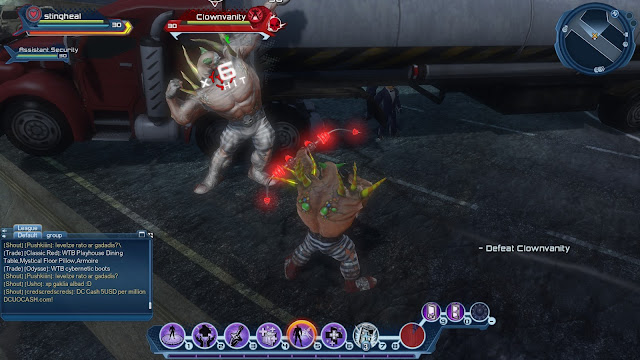 Imagine my surprise when the very same day, my Ace Chemical's Daily quest was this one. :)

So, to catch up, I'm sitting at CR86 now with a whole set of green gear. I've been steering away from the four player missions, but I've been debating giving them a spin. I'm really in no hurry to increase my CR at this point.

The single player Tier 5 missions are a bit of a bear to deal with, mainly because it takes you completely out of your comfort zone and gives you a whole new look, a whole new set of powers, and the bosses are heavy on the hitpoints. Of course, timing your blocks, rolling around, and using soder colas and heal barrels at the right time works wonders for helping make this a little easier. 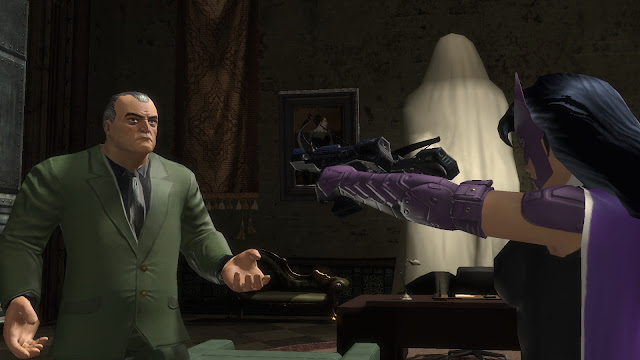 On the Huntress mission you face off against three bosses and have a bit of rudimentary sneaking around to do. I failed against Cassamento the first time around, so I've been opting to let him live and cross my fingers while hoping Hush or Killer Croc show up as the alternate boss. If the alternate boss is Bane or Scarecrow, well . . . good luck. Definitely knowing how to use dual pistol combos is a blessing in this instance.

On the Bizarro mission you again face three bosses and just smash the heck out of stuff. As always, the rule is that you take out the easy adds before you move on to the boss. I really don't have too much trouble with this instance except for the final robot. Oh my . . . he's frustrating. I've never been able to just straight up fight him without running away for a bit to heal up and come back for more. Even more frustrating I've had the boss reset on me while I was hiding. You just can't let him get too far away from you and drop agro for a long time. 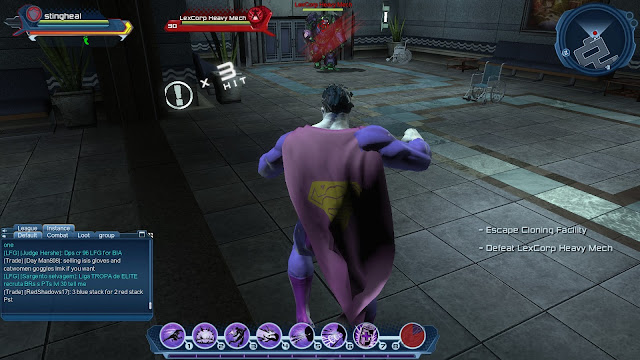 Annnnnnd . . . that's what I've been doing on DCUO for the most part! Our Sunday night group keeps plugging away but the universe keeps trying to stop us in our tracks with afk's, vacations, and real life. NO FAIR UNIVERSE! 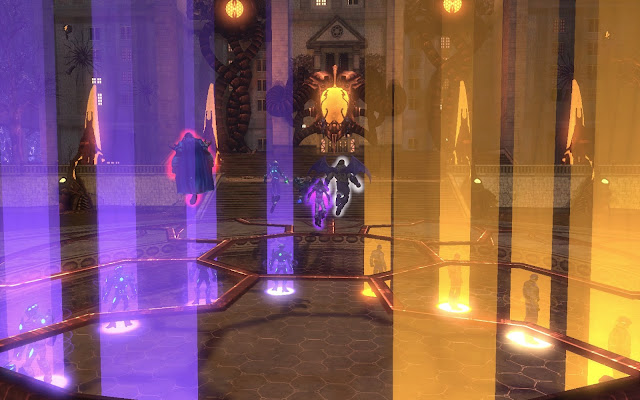 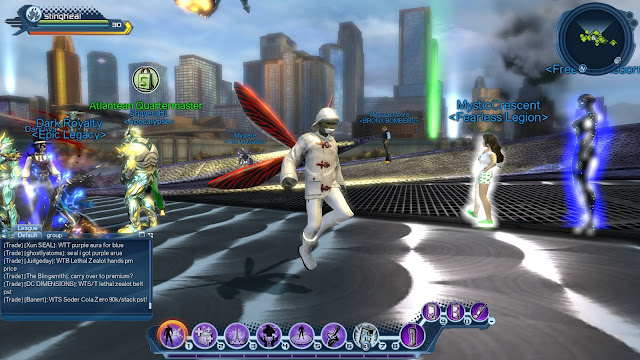 Happy Dueling
Posted by Stingite at 5:35 AM No comments: